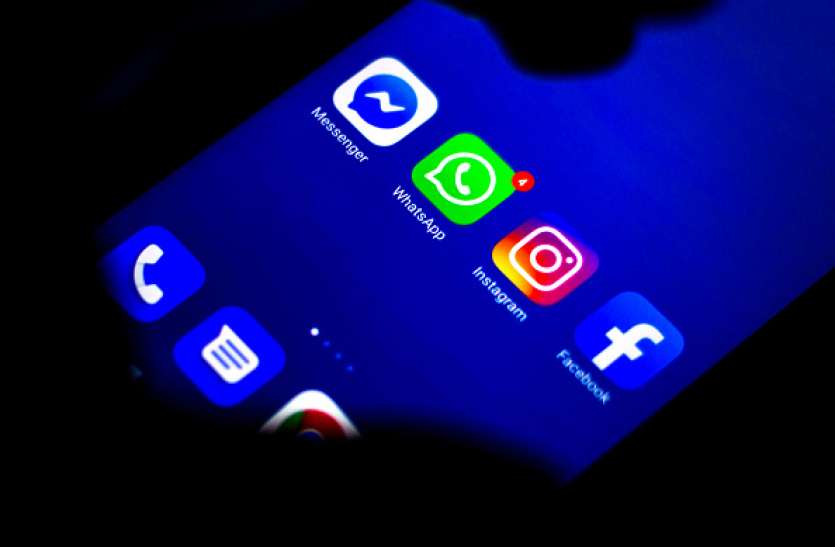 Facebook and Instagram were also affected due to the server shutdown, the health department’s corona bulletin also got delayed.

Indore. Facebook, WhatsApp, Instagram Due to the sudden happening on Monday night, users who were active on social media got upset for a long time. Users started looking for alternatives after waiting for a while. Soon, hundreds of users downloaded apps like Telegram and Signal and also got their group members downloaded.

The service, which was shut down due to the server shutdown of Facebook and its affiliate company at 9 pm on Monday night, could start at four in the morning on Tuesday. Users kept considering this as a common problem, but despite several attempts, they were neither able to upload posts on social media nor were able to send messages.

Social media is being used not only for communication, but also for official use in the work of private and government undertakings. The Corona Bulletin, which is being issued regularly on WhatsApp of the Health Department, was released on Telegram. District Kovid Nodal Officer Dr. Amit Malakar said that even after one and a half hours of effort, when there was no success, the help of telegram was taken for the bulletin. It is known, this is not the first time that these three services have come to a standstill. Earlier in March also Facebook, Instagram and WhatsApp were stalled for half an hour.

There are millions of WhatsApp users in the city

Shobhit Chaturvedi, Cyber ​​Expert says that social networking platforms have increased. For two years, classes of schools were held on online mode, due to which children have also joined on WhatsApp. An average person is spending 2 to 3 hours on screen. Talking about Indore, about 4 million WhatsApp are being used, while there are more than 2.5 million users who are active on Facebook and Instagram for hours.

IT expert Ram Pathak says, Facebook has WhatsApp and Instagram. For about seven hours, the users kept getting upset. Facebook did not give the official reason for the service interruption, but it suffered a major loss. Like WhatsApp, the Telegram application was also a good option for sending messages and communication, which users took immediately. Even after the restart of WhatsApp, many users will now continue to use Telegram as well. There are already many more apps popular for video calling.